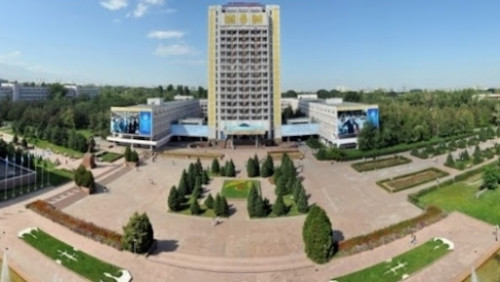 2001 was the year when it opened its gate to the students outside the country and as of date, there are around 20000 students who are enrolled with Al-Farabi Kazakh National University. It also has 2500 members of faculty that comprise highly qualified doctors, professors, and scholars from the domain of science and medicine. The Al-Farabi Kazakh National University has a rich alumni base that has taken the standard of the university to great heights. KazNU has also hosted many famous personalities in various events. The famous personalities include Nobel laureates like Murray Gell-Mann, Finn E Kydland, Christopher Pissarides, John Nash, etc. Many ministers, sports personalities, industrialists have also graced the campus with their presence.

The Al-Farabi Kazakh National University has a beautiful campus and is spread over a huge area of around 100 hectares, making it the largest university campus in Kazakhstan. The campus is located very close to the Vesnovka River and because of the proximity to the river, there is a cool breeze that blows throughout the year. There are around 13 buildings on the campus and multiple laboratories with modern amenities. The main education building is around 15 stories high. 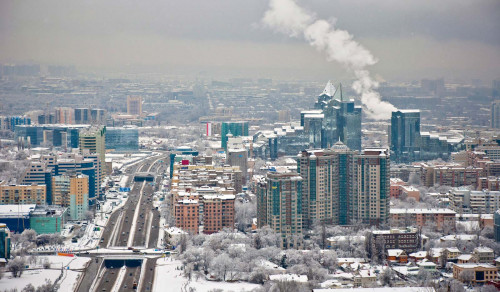 Almaty is a beautiful city and was the erstwhile capital of Kazakhstan. Currently, the capital is Nur-Sultan but still, Almaty continues to be one of the most important destinations in Kazakhstan. Almaty has the highest population in the country and is also one of the largest cultural and commercial bases. It is a cosmopolitan city and a popular tourist destination as well. It is located at the base of the Lli Alatau range. The city of Almaty is recognized by UNESCO as one of the most creative cities in the world for its prolific contribution to the field of music. Almaty also holds various international conferences in the field of medicine and has contributed significantly to the field of Public Health globally.

The city has a humid climate most of the time and the summers and winters face extremes of temperatures. The summer months have an average temperature of around 24 degrees, while during the winters the temperature goes below freezing point.

Almaty has an international airport and hence coming to the city from any international location is not a problem. The transportation services in the city are also good wherein bus and Metro services are the most availed ones.

The KazNu has been welcoming international students since the year 2001 and has been receiving a good number of Indian students as well. Being one of the oldest universities in the world and holding a good rank in the global list attracts a good number of applicants every year from India. Also, the fact that Al-Farabi Kazakh National University is approved by the Medical Council of India is another reason why the Indian students choose KazNU as their medical education destination.

• There are over a hundred-degree course offered by the university

• The university has trained professionals from the medical domain to shape the careers of young medical aspirants in the best possible way. The university also has the latest medical amenities to help students have hands-on training with the best equipment

• In the year 2018, the university inaugurated its first set of clinical bases, which is a Municipal hospital and a Diagnostic center.

• Al-Farabi Kazakh National University has strong alliances with over 30 renowned universities in the domain of medicine.

• The university is also approved by the World Health Organization and the Medical Council of India.

Hostel facilities are available on the campus with both the options of single and sharing basis. The rooms are completely furnished with basic amenities.

The student age should be of 17 years before the 31st of December of the admission year.

According to the MCI, the student should represent the eligibility certificate if he/she did not qualify, register, or appear in NEET-2019 (Decision taken by Delhi High Court). This certificate is issued by the Medical Council of India (MCI) which needs to represent at the time of admission to the Foreign Medical Universities.

The student should pass 12th standard (Science stream including physics, chemistry & Science) with 50 % in CBSC/ ISC or any equivalent Board of Examination. The English language is compulsory.