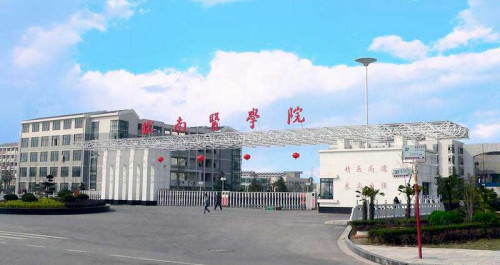 Initially founded in Shanghai in 1926 as the Dongnan Medical College, the Anhui Medical University earned its new name in 1952. The university was first moved to Huaiyuan County, Anhui Province in 1949 from Shanghai, and in 1952 it was finally shifted to Hefei in Anhui Province. With the motto “study hard and try to practice, bring up excellent doctors,” the university believes in the development of a teaching-research type of study module. This Chinese MBBS University is one of the oldest educational institutions in the Anhui province and has been making a steady contribution to human health for years now.

Today the medical university has 25 teaching institutions that also include the School of International Education. Thirty-two special fields of study and courses are offered in the different undergraduate programs. The university has also established three post-doctoral scientific research programs. The medical university is also eligible to grant award master’s degrees in 74 specialties and doctoral degrees in 27 specialties. It also has five directly affiliated hospitals and six non-directly affiliated hospitals under its wing. Today there are over 15000 students in the university and more than 100 international students from various corners of the world. Some of the subjects offered by one of the top MBBS universities in China are clinical medicine, immunology, basic medicine, nursing, neurology, etc.

•  The university primary focuses on medicine with coordinated development of engineering, law, science, management, and a few other disciplines

•  The university has well-trained and educated teachers, many of whom have won titles like Changjiang Scholar appointed by the Ministry of Education

•  This China MBBS university has established extensive cooperation and communication with many universities around the world in countries like Australia, Spain, the United Kingdom, Canada, etc

With a rich historical past that dates back to2000 years in the Ming dynasty, the Hefei is a very beautiful city. Today it is the cultural, economic, and political hub of the Anhui province and also shines brightly in the educational and scientific scenario too with Yang Zhenning, a Nobel Prize for Physics winner being from Hefei. With the Huaihe River to its north, the Yangtze River to its south, and the Chaohu Lake to the southeast, the city is surrounded by blue waters and enjoys a great geographical location. There is a lot to see and discover in the city lie the Sanhe Ancient town, etc. Getting around is quite easy because the city’s transportation system is quite solid. The city enjoys four clearly defined seasons and whenever you visit, you must taste the Luzhou Roast Duck, sesame cake, sesame slices, sesame cookie, and tasty dumplings

•  The applicant must be fluent in English

•  The applicant whose mother tongue or second language is not English must provide an IELTS certificate with a score of 5.5 and above or a TOEFL score of 61 and above

•  The applicant must be a high school graduate

•  The applicant must have studied mathematics, physics, biology, and chemistry in high school and scored 70percent and above

•  The applicant must be in a good physical and mental condition

•  The applicant must have a valid passport

Applications can be made online or offline to the university. For more details and instructions, you can contact the Lakshya team.

A student can study medicine in China in English.

The campus has a gymnasium, swimming pool, basketball courts, etc. It also has different restaurants including Chinese and Muslim restaurants.  The campus also has supermarkets and stores for the students.